When Bea Holt was in her mid-30s working as a nurse in Philadelphia, she dreamed of a career in business. With her employer’s financial support, she enrolled in night classes and received her degree in Business Administration at age 37. That enabled her to land a job in the insurance industry, putting her on track for a successful career.

Steve Rubin has been a set and costume designer for theater, opera, and dance companies in New York City, Sarasota, and elsewhere. He attributes his accomplishments in part to his experience at Yale University, where scholarships helped fund his education.

As a teenager, Lou Oberndorf had the opportunity to meet John F. Kennedy, then a U.S. Senator, when the future president spoke at his Seattle high school. It was an inspiring experience that has stayed with him throughout his life.

Decades later, these personal histories of educational opportunities spurred Holt, Rubin and his spouse Ed Town, and Oberndorf and his wife Rosemary to “pay it forward” by establishing scholarship funds through the Community Foundation of Sarasota County.

This year, the Community Foundation awarded over $2 million from 87 scholarship funds to help 495 students pursue their dreams of higher education. While many of these scholarships derive from legacy funds left by donors who have passed away, some donors like those described here find emotional rewards in funding scholarships during their lifetime.

And while many are targeted at high school seniors, 40 different funds – like Holt’s Fair Haven Fund – are for adult learners who are at least 24 years of age. 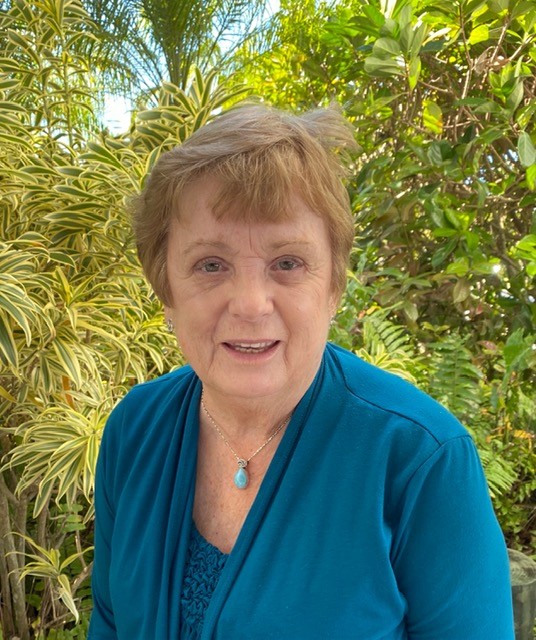 Bea Holt established the Fair Haven Fundto to help people who want to return to school.

Holt is motivated to help people, like herself, who want to return to school, whether it is to pursue a bachelor’s degree or learn a new trade to enhance their future job prospects. For example, the first scholarship from the Fair Haven Fund went to a firefighter who dreamed of becoming a paramedic to obtain a higher paying job and better support his children.

“Hopefully I can change other people’s lives and help them achieve their goals,” Holt says. “A few thousand dollars can sometimes have a big impact.” Holt points out that many jobs in expanding fields like computer repair and medical coding require training that can be expensive. “I like to have opportunities to support adult learners in ways other than the traditional four-year degree track,” she says.

Rubin and Town’s scholarship reaches another type of non-traditional student. The Edward L. Town and Steven B. Rubin Theatre and Performing Arts Scholarship Fund is open to students pursuing professional training programs as well as four-year degrees in the performing arts. They are particularly pleased that the latest recipient is seeking a career similar to Rubin’s—she will study set/projection design at Carnegie Mellon University.

Rubin notes he wasn’t a great student, and that academic grades and test scores aren’t necessarily predictors of success for careers in theater, opera, music, and dance. “We had to develop different yardsticks for our scholarships,” Town says. “The talents you need to be a singer or a designer or a dancer don’t necessarily line up with academic achievement.”

The Edward L. Town and Steven B. Rubin Theatre and Performing Arts Scholarship Fund - established by Steven Rubin and Ed Town (pictured above) is open to students pursuing professional training programs as well as four-year degrees in the performing arts.

Town, who describes himself as “a professional audience member,” says when he and Rubin learned about the Community Foundation’s scholarship program, they realized that they could contribute to the future of the performing arts by supporting the educational goals of aspiring artists during their lifetime. “I know what it takes to get educated [in the performing arts] out there in the real world,” Rubin says. “I got a couple of scholarships from Yale and wouldn’t have made it through without them so I know how important they are.”

While their fund will continue after their passing, the couple takes pride in watching the career development of their scholarship recipients. “Why let the money just sit there when we could see what it could do?” Town asks. “There’s something very gratifying about seeing your dollars in action.”

Lou and Rosemary Oberndorf too have experienced the joy of supporting educational opportunities for two decades by underwriting scholarships at several institutions. When Lou Oberndorf heard that the Community Foundation was providing tickets for outstanding high school students to attend Ringling College Library Association Town Hall lectures, which feature talks by world leaders, creators, thinkers and doers, he recalled his meeting with JFK and was inspired to create a scholarship with a unique twist.

“He came up with the idea of enriching the Town Hall experience for the students by giving them the opportunity to go backstage to meet the speakers,” Rosemary Oberndorf says. “He also had the idea of a scholarship that was based not only on academic and leadership accomplishments, but also on writing an essay based on the lecture.” 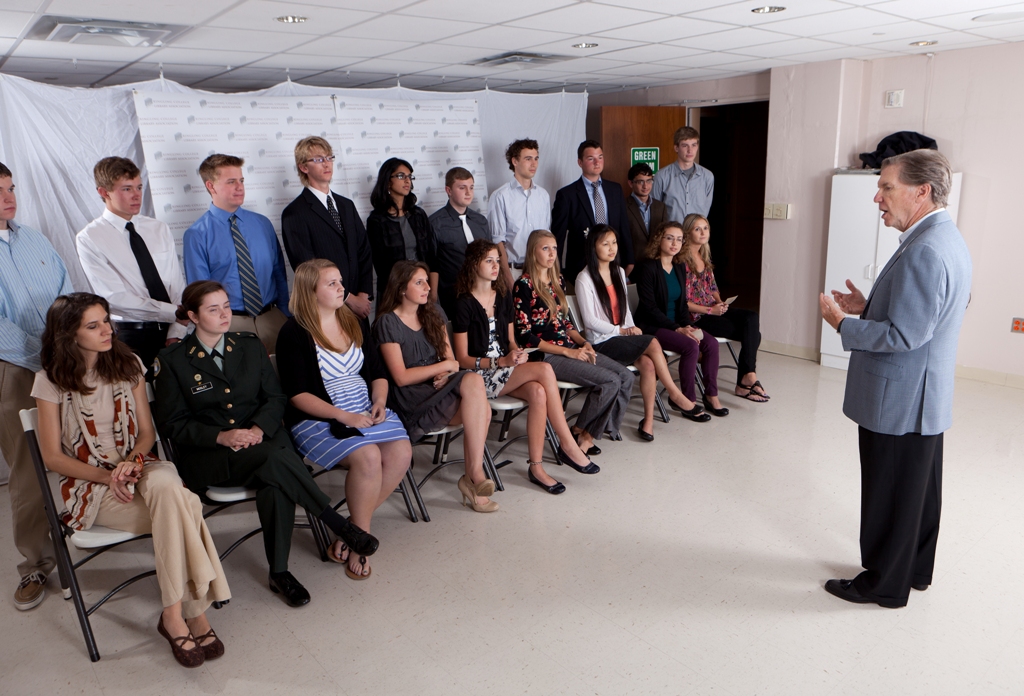 In nine years, more than 1,000 graduating seniors benefitted from meeting with notable speakers, and 135 of them received Lou and Rosemary Town Hall Scholars college scholarships totaling $270,000. The program came to a close this year due to COVID-19 safety protocols designed to protect the speakers, which would have limited key elements of the program: student interaction and engagement.

Lou Oberndorf hopes to find another way to work with the Community Foundation to provide opportunities for students to meet thought leaders, as well as financial assistance.

“I’m determined that we replace this program with something like it,” he says. “We aren’t done yet.”