At the Community Foundation of Sarasota County, our motto “Be the One” reflects a heartfelt philosophy that anyone can give back and enrich the community they call home. It’s a belief that we want to embody not just in words but in actions and opportunities, ensuring those lives we’ve touched are recognized and have a seat – and more importantly, voice – at the table.

We invite community members and past grant recipients to help inform our funding selections to ensure gifts made can make the greatest impact, whether that be for grants, scholarships, or how our long-term investments are guided. Every person exposes new perspectives by sharing their unique vision, voice, and life experience.

Here is how the Community Foundation continued to engage the community throughout a year of social distancing to bring people and ideas together.

Collaboration and Consensus in Grantmaking

Angelica Hull, Manager of Grants, knew the realm of equity and access was broad and wanted to find committee members that represented multiple communities and backgrounds. After some searching, she compiled a committee that she felt was wellrounded and comprehensive in age, where they live in the area, as well as race and gender. In December, they set to work, digitally reviewing each application, talking through each project, and ultimately proposing funding decisions.

As they evaluated, the background of committee members came into play. A few proposed projects worked within the criminal justice system. Instead of wondering hypothetically if those programs would be effective, the committee was able to draw on the experiences of members who understood the system because they’d been through it before.

“That was a huge change for us,” Hull said. “That provided perspective that we would not have had without such a diverse committee.” Hull found that members were in sync on funding decisions.

“With a large committee, you rarely reach a full consensus,” she said. “This time was one of the unique grant moments where the entire committee came to a consensus on each and every funding decision.”

Other Community Foundation initiatives bring together people impacted by our grants to create a unifying atmosphere of shared experiences. That’s how the Parent Advisory Council began — as the next iteration of the foundation’s two-generation (2Gen) Parent Success program with parents of children from four north Sarasota Title I Sarasota County public schools, and from Horizons Unlimited Christian Academy, an early learning center. 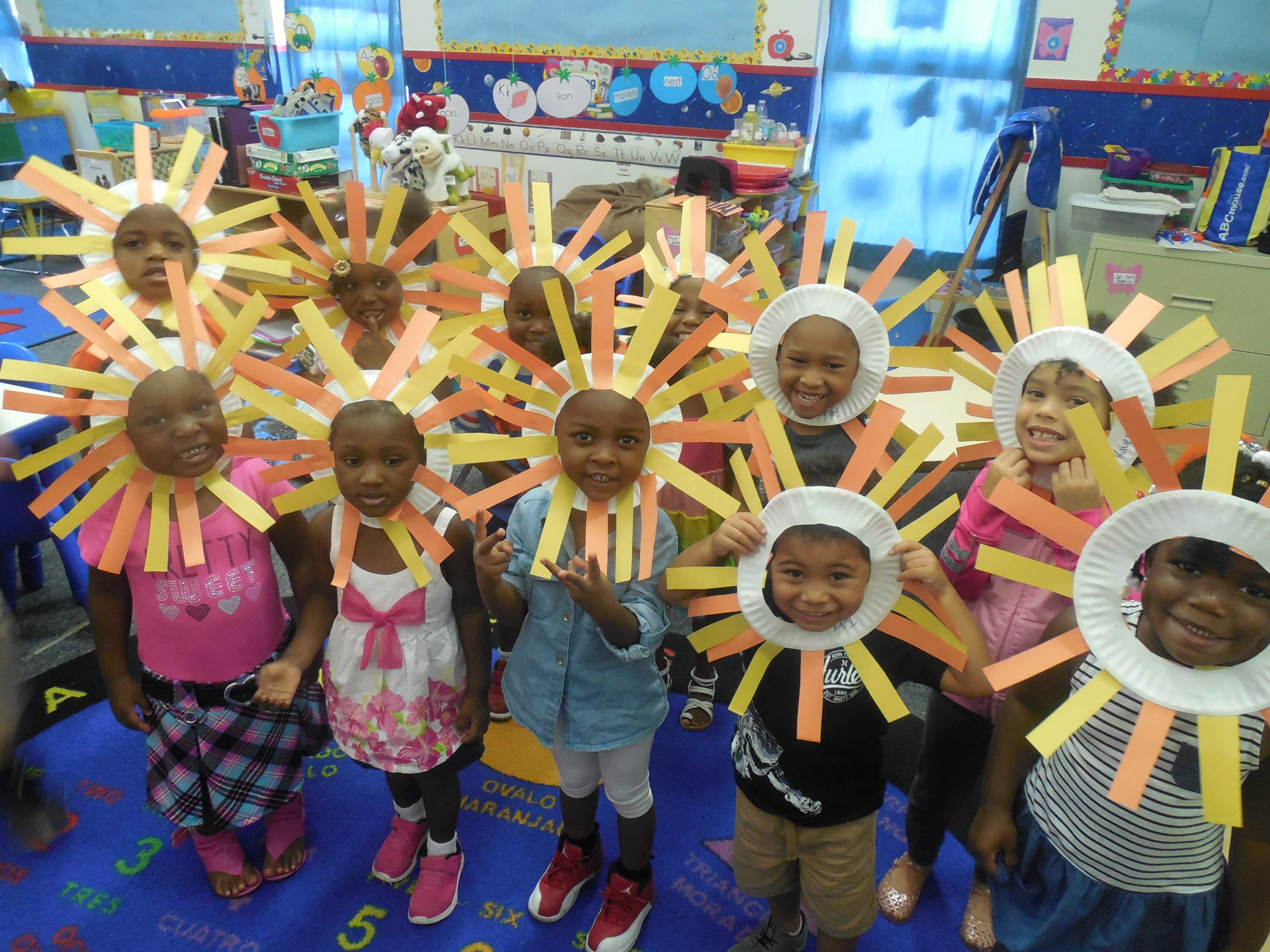 Young learners at Horizons Unlimited Christian Academy (HUCA). Through a three-year pilot partnership with the Community Foundation of Sarasota County, HUCA worked with 11 Pre-K families to enhance their economic success and, in turn, increase the likelihood of their children reading on level by third grade.

The 2Gen Parent Success Program aimed to help and support parents pursuing a postsecondary education path. But Nicole Light, Education Officer, and Deborah Chapman, Project Consultant, wanted to take it one step further by involving alumnae in a discussion group where they could share feedback and reflect on their experiences.

The group has become a wellspring of social capital for parents, and it’s taught Light and Chapman some unexpected values that inform the foundation’s understanding of the personal impacts of philanthropic endeavors. They knew that financial support was important to the parents’ success while they were pursuing their degrees, and soon also realized that parents thrived from connection with their peers.

After the first convening of the Parent Advisory Council, one mother was so inspired that she mustered the courage to apply for a promotion at her job. By the second meeting, her promotion was cause for group celebration.

And just like the parents need each other, they also need case management and a supportive network to rely on. “It’s more than just paying for a postsecondary path, it’s more than just a scholarship,” Light said. “They need a trusted person or network they can turn to.”

Up next, several of the parents in this group will play an even greater role in the Community Foundation’s work. Light plans on providing them the opportunity to serve on scholarship or grant review committees. “Our hope is that the connections these parents have made with each other will last a lifetime,” Lights says.

The fact that these mothers who are committed to changing their lives and the lives of their families get a platform to speak
and share their experiences, and possibly impact others, we feel like they’ve already succeeded," says Light. "Once you get the group talking, I think everyone feels validated and seen.”

“Their Stories Live On”

Of the three ways community voices are informing the Community Foundation, Tammi Cowan Peters’ experience is the one to truly come full circle. Peters is chair of the Father Connie Dougherty Memorial Scholarship Fund Review Committee, a scholarship she once received in 1991. Her work on the committee — meeting talented youth and hearing their stories — has been an honor, Peters says. Even after the students leave, she feels that there is always a little piece of them left with the committee. Their stories live on.

Peters sees her work as searching for the “Father Connie kid.” That is, an accomplished student who has good grades, good test scores, and a good work ethic, but it’s also someone focused on volunteerism and giving back to the community. 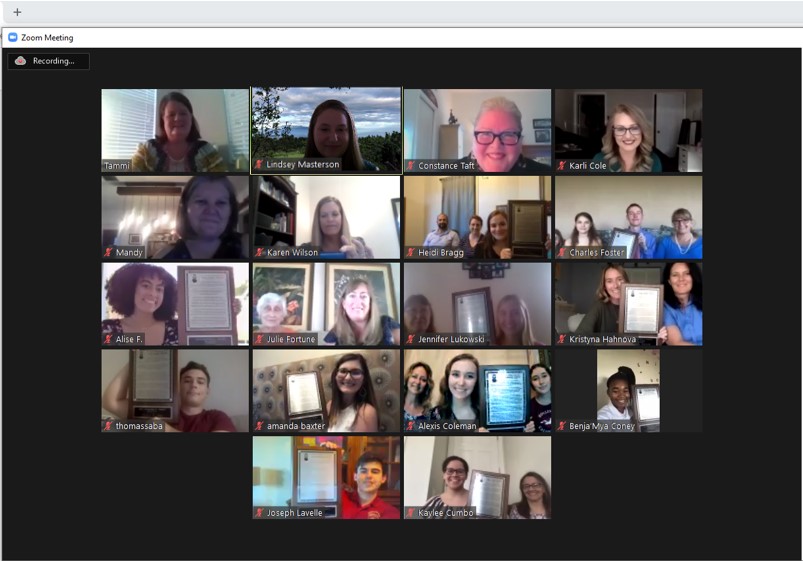 In April 2020, personal phone calls from Father Connie committee members and hand-delivered commemorative plaques, yard signs, and programs complimented the first ever virtual Zoom Award Ceremony, during which scholarship recipients were able to meet their fellow awardees, as they were recognized for their achievements and hearts for service.

She doesn’t view her role on the scholarship committee as one of improvement. After all, she says, it’s not for them to improve. It’s their job to stay true to Father Connie’s legacy. “I think it takes great stamina and courage to say, ‘No, these are the guiding principles. This is how it was originally designed to be formed.”

One thing has certainly stayed constant since Peters first received her award letter. The students who apply still want the same things, she says: “They simply want to believe and follow their dream.”

Since 1998, the Father Connie Dougherty Memorial Scholarship has been managed by the Community Foundation, awarding more than 200 “Father Connie Kids” with more than $800,700 in scholarships.

Learn more about how we invite voices from our communty to take part in our community impact.