Editor's Note: As charitable giving continues to define our region’s growth and spirit, we will be sharing stories of our remarkable donors, past and present, who have entrusted us with their hopes, dreams, and visions for a better future. These individuals believed in the power of giving to others to strengthen our community with their timeless gifts, both during her lifetime and in the future. This story is dedicated to the memory of Edward K. Roberts, who believed everyone deserves a decent start in life and made it his mission to better lives through education.

Edward K. Roberts was born in Cook County, Illinois, in 1920. With his father’s passing at a young age, Roberts was raised solely by his mother, Kathryn Smith Roberts, an upbringing that would have a significant impact on his charitable giving later in life.

Roberts attended Northwestern University, including a year and half of law school before serving in the Army during World War II. Although he would briefly work as a corporate attorney after the war, his real passion lied in trading.

In fact, he described himself as self-taught commodities trader, a title that would follow him to Lehman Brothers and the Chicago Board of Trade. He would conduct all his trades himself, calling them in without a computer or cell phone – as Roberts would say, the “old fashioned way.”

Throughout his life, Roberts was an avid tennis player and musician, playing the trumpet, French horn, and piano (dabbling in the violin), and enjoying a full range of music from classical to boogie woogie. He had two grand pianos, one at his home in Sarasota and the other in Asheville, North Carolina. He would later donate one to the State College of Florida, after playing on stage at their Neel Performing Arts Center. 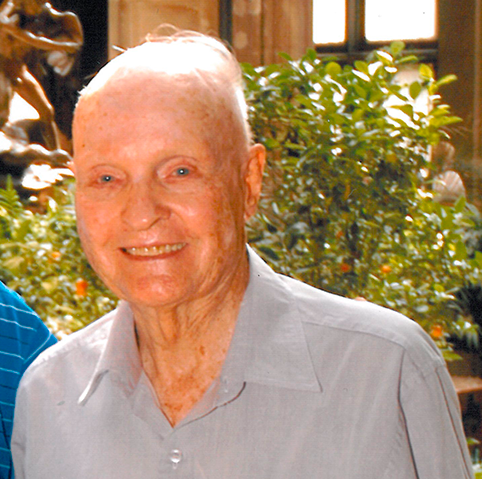 Edward K. Roberts (1920-2009) believed that everyone deserves a decent start in life and always wanted to help others earn a college degree.

Always described as a “gracious man,” Roberts had a reputation for his impeccable manners and simple lifestyle. He was genuinely interested in the stories of other people, particularly those who have had to make their own way in the world despite difficult circumstances. In his eyes, he believed that everyone deserves a decent start in life.

His legacy with the Community Foundation is unique and reflects these values and his life story. He established a field of interest fund – the Edward K. Roberts Fund – designed to distribute funds to underfunded community colleges in Florida, to new and emerging charitable needs, and as a nod to his mother Kathryn, to the needs of single mothers.

Since its inception in 2009, the Edward K. Roberts Fund has awarded 172 grants totaling nearly $16 million to address the needs of single mothers in our community.

Since 2014, two field of interest funds – one covering new and emerging needs, the other supporting underfunded community colleges with scholarships – have awarded 244 grants totaling nearly $3 million. Recent organizations and programs supported include:

Although he would never meet with his grant or scholarship recipients, he was always curious with what the recipients were doing and loved it when the Community Foundation told him we were awarding several scholarships at a time. He always wanted to help others earn a college degree.

His memory lives on in his niece Lora and her brother Paul.

Read more stories from charitable individuals and families, both past and present.

Discover how you can Be The One to build the community you know to be possible.