Carol McCloud learned at an early age from the vinyl-lined booth of a diner about the power of giving. Whenever young Carol would visit her Uncle Frank in Chicago, they would go out to eat at a local diner. Following a meal, they would select someone who appeared sad or lonely and secretly buy their breakfast. Afterward, Carol recalls being overcome with happiness and laughter from the experience of caring for another person. Those diner meals with Uncle Frank were the beginnings of a charitable habit that Carol has continued throughout her life.

“There is always an opportunity to fill someone else’s bucket,” says McCloud.

“It’s all about what you can do, even on a small level,” says McCloud. “You would be surprised by all you get back when you give. Giving is for each of us; we just have to tap into the caring behind it because that is what adds such a richness to your life. I think anyone can experience this.”

It was at an early childhood conference in the 1990s that McCloud first came across the concept of “bucket filling,” along with burgeoning mental, emotional, and social development research that children were happier when they learned to be kind to others and themselves. Inspired by the simplicity and effectiveness behind this idea, McCloud put pen to paper and wrote her first book, Have You Filled a Bucket Today? A Guide to Daily Happiness for Kids in 2006.

Before long, her conversations with parents, grandparents, and teachers about “bucket filling” at farmer’s markets transformed into nationwide dialogues with school assemblies and staff workshops as the publication sold more than 10,000 first-edition copies within its first year, and more than 100,000 copies per year since then. McCloud’s “Bucket Fillosophy” has expanded far beyond the realm of publishing children’s books through her organization, Bucket Fillers, Inc. Today a movement, “Bucket Fillanthropy” inspires people of all ages to live happier lives through their own acts of kindness and generosity. 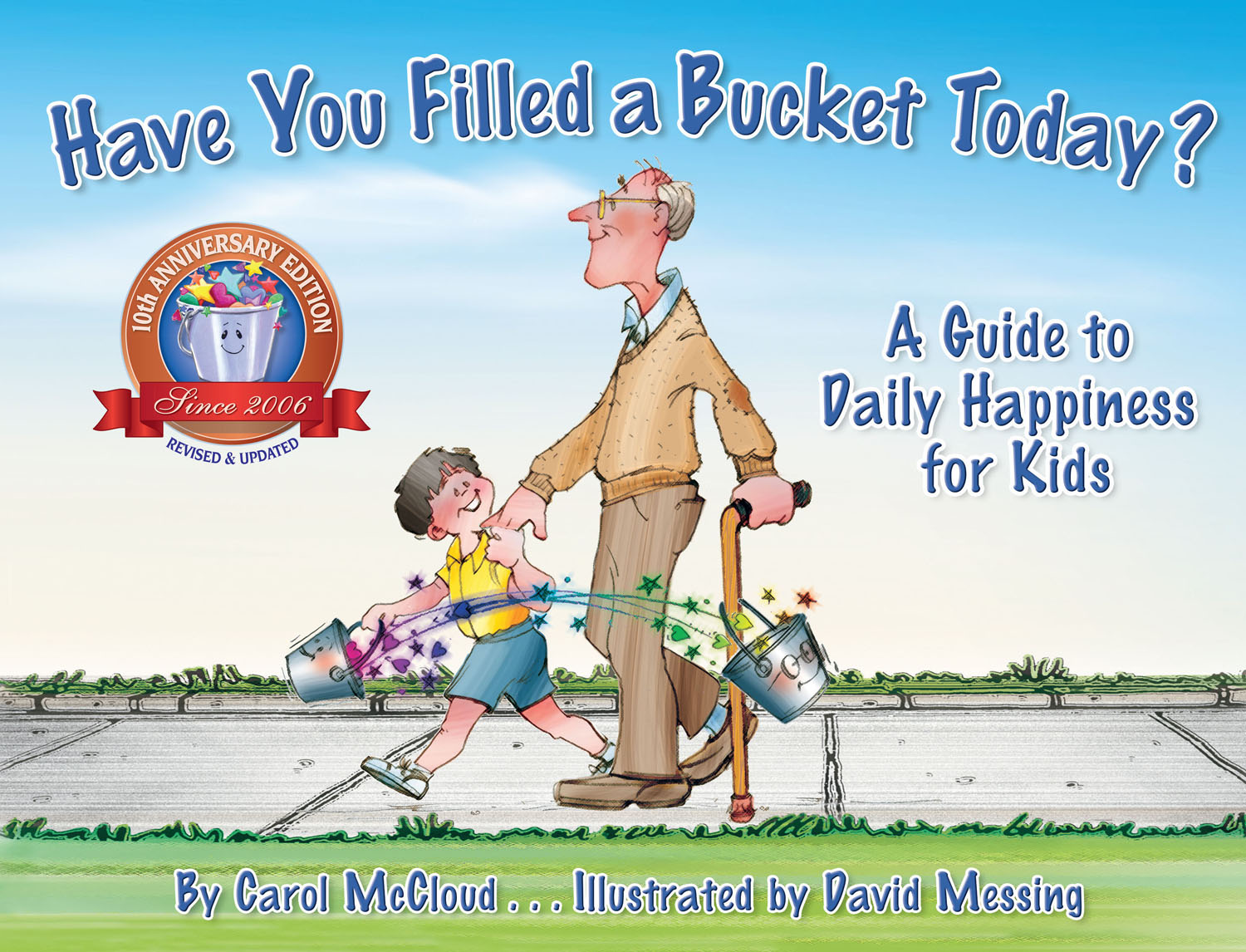 Cover of McCloud’s first Bucket Filler book, Have You Filled a Bucket Today? A Guide to Daily Happiness for Kids, published in 2006.

From its very beginnings, Bucket Fillers has held philanthropy close to its heart. After moving from Michigan to Florida in 2014, McCloud found her way to the Community Foundation of Sarasota County, which McCloud felt a connection to because of the foundation’s position that everyone has the potential to be a philanthropist. It wasn’t long before she decided that the Community Foundation would receive and distribute her royalties, distributing Bucket Fillers’ funds four times a year with a portion to help numerous local nonprofit organizations. McCloud said that knowing her funds would be carefully stewarded and entrusted to trusted causes within the community met her ultimate charitable goals.

“Since our first book was published in 2006, we have donated a portion of every book’s proceeds,” says McCloud. “By the end of 2019, we were surprised to learn that our donations had totaled more than $500,000 and we hope to reach the $1 million within the next 10 years. Today, 50 percent of company proceeds is donated annually to selected nonprofit organizations and causes that not only reflect the ideals and values behind Bucket Fillers, but also make a difference and inspire others to give, too.”

Locally, McCloud has supported the Boys & Girls Clubs of Sarasota County, recently making a $50,000 gift to help build its new facility in Arcadia, and SOLVE Maternity Homes, with whom she is discussing plans to help with construction efforts for a new maternity home.

In the 14 years since its release, 3,000 Bucket Fillers presentations have been given by a small team of certified trainers in more than 1,200 primary schools around the world, with plans to expand outreach even in the face of the COVID-19 pandemic. Responding to school closures and virtual learning, Bucket Fillers donated 1,200 copies of her chapter book, Growing Up with a Bucket Full of Happiness: Three Rules for a Happier Life, to young learners as a way to develop skills and cultivate empathy. Some 400 of those books went to the Boys & Girls Clubs of Sarasota County and another 800 to educators in Texas. McCloud intends on giving another 5,000 books to a handful of schools and nonprofit organizations in the coming months. 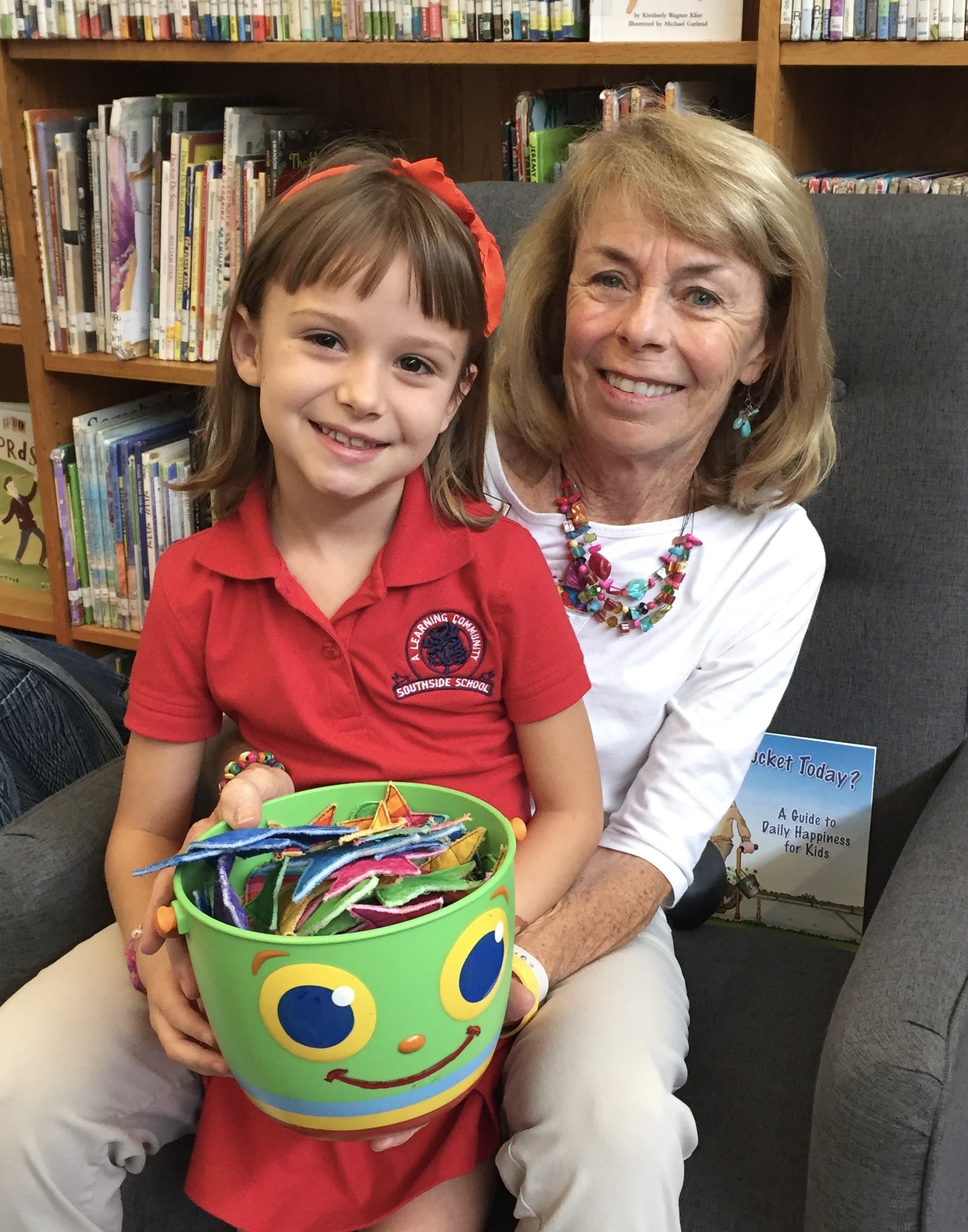 As our community navigates a safe and thoughtful path to recovery, McCloud believes her Bucket “Fillosophy” can shine a light of hope for people and organizations alike and offer a friendly reminder that keeping your own bucket filled is just as important as filling another’s.

“While we each have choices every day, why not do something if you can and see the fruits of that effort blossom? After all, it’s really not giving – it’s adding.”

To continue learning more about Bucket Fillers, visit their website.